No, no, I disagree! I enjoyed a lot of Michael Levine’s Lessons at the Halfway Point, but this one I take exception to. Success cannot be a matter of how many hours of the day you work. At some point—namely twenty-four—we run out of hours. What then?

Late one evening in the fall of 1985, I was hard at work with running the business management firm I co-owned with two attorneys. We shared office space, and Merv, one of the partners, was working late that night, too. He came by my desk to say good night and I looked up at him in frustration. “There’s so much to do!” I exclaimed. “I could work every hour in the day and never get it all done!”

“That’s right, Chellie,” he said, “Work will expand to fill the time you’re willing to devote to it. At some point, you just have to say, ‘That’s enough’ and go home.”

I thought about that many times in the next few years as I tried to find how many work hours were “enough” for me. When I was president of the National Association of Women Business Owners Los Angeles Chapter, the first motion I put on the table at the first Board of Directors meeting was this: “I move that there will now be thirty-six hours in every day.” It was seconded in a heartbeat, and passed unanimously, amid riotous laughter.

Would that we could solve our time-management problems so easily! But even if we could make thirty-six-hour days a reality, we would have the same problems managing our time as we do today. We spin like tops trying to do too much. There is so much to do in the world! We want to do all of it and we want to do it today. I see people on the overwork treadmill every day, and it isn’t pretty. People have the equation wrong—they think more work will equal more money. They look at some successful people who are working twelve-fourteen hour days and mistakenly draw the conclusion if they want to be successful, they will have to work twelve-fourteen hours per day, too. But what they fail to notice is that the successful person isn’t working that many hours because they have to. They’re doing it because they want to—this is their fun! Don’t put more hours in your work—put more fun in your work hours. It’s the passion and drive that’s fun, and that’s what creates success.

Even if you enjoy work and work a lot, at some point you’re going to run out of hours. Everyone has only twenty-four hours in a day, but we are all making different amounts of money. Bill Gates, Donald Trump and Stephen Spielberg aren’t making more money because they’re spending more time at work than you. They’re making more money because they’re leveraging their time differently. What can you do today to work lighter instead of longer?

Today’s Affirmation:
“The more time off I take, the more money I make.” 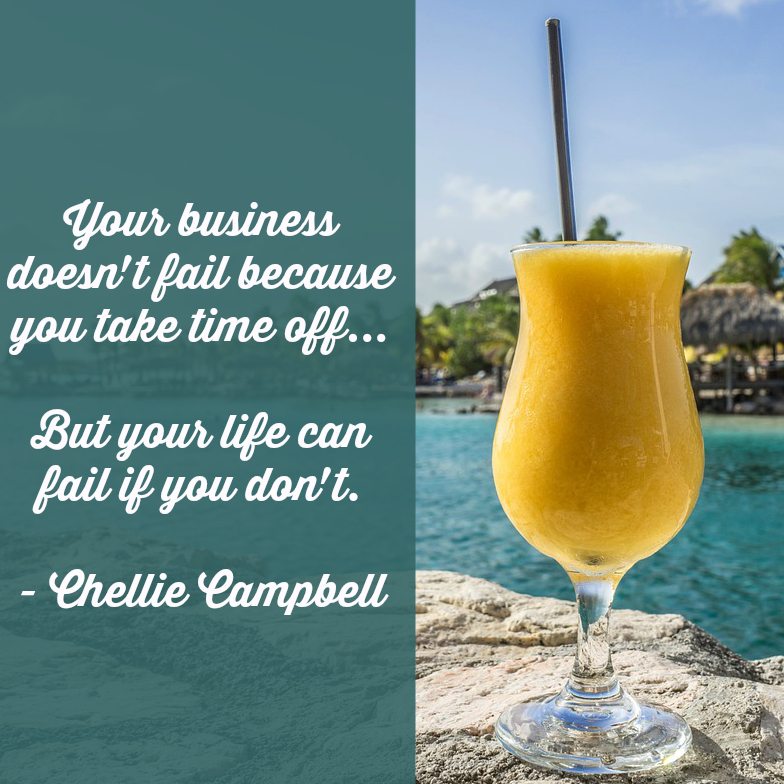 When The Wealthy Spirit was released, I started receiving emails from people around the world who were enjoying the book. What a wonderful blessing of the internet, to receive confirmation that yes, some people were not only buying my book, but getting value from it.

Since I didn’t know how long the book would be in print and available, or how many people might feel drawn to actually write me, I started saving all the emails in a word file.

Imagine how fun it was when I received this one:

A great friend showed me your Wealthy Spirit book and pointed out that you had quoted me in your fine work. # 52.

My name is Michael Levine and I am the author of Lessons at the Halfway Point among other books.

Your Wealthy Spirit is a fine piece of work and you should be very proud.

Respectfully, I think you missed my point on my works but would love to share the meaning with you on a phone chat. My website is lcoonline.com.

Again, thanks for including me.

He gave me his phone number, too, so I called him up. He owns a very successful public relations firm and handles a lot of big-time Hollywood clients. This is from his web site: “Throughout its 26 year history, LCO has represented Hollywood’s biggest and most powerful names and brands including Dave Chappelle, Michael Jackson, Bill Clinton, Nike, Playboy, Sean “Diddy” Combs, Suzanne Sommers, Paul Stanley, The Laugh Factory, Prince, David Bowie, Peter Guber, Pizza Hut, George Michael, Cameron Diaz, and hundreds more.”

Wow. And he wrote me a letter? I was impressed.

Michael was terrific and down-to-earth when we talked. He let me know that his point in the book was that rewards shouldn’t necessarily be about the number of hours, but that people who are dedicated and work hard to succeed should receive appropriate remuneration for that. I agreed with that and we had a wonderful chat.

I’ve met some fabulous people and had experiences I never would have had if I hadn’t written this book. It was first published in 2002, and in 2009, my publisher asked me to make some edits, add testimonial blurbs and an updated photo, then re-released it. They were getting some big orders in because of the economic crisis of that period made my topic quite timely.

If you haven’t been collecting your compliments and testimonials, start now. If you don’t have the actual notes or letters, just write down what you remember. Whenever you have one of those what’s-the-use-nothing-is-working-life-is-futile days, you can review your collection and remember that you have touched people and made a difference. There’s nothing better to lift your spirits than that!