“Waiting until everything is perfect before making a move is like waiting to start a trip until all the traffic lights are green.”—Karen Ireland

John had a big ship out there, sailing the ocean with all of his dreams aboard.

Just one problem: Just one ship.

We met for lunch one afternoon and he explained his situation. He had a fabulous idea for a product. I thought it was great. So did the major corporation that had received his proposal.

But now the deal was stalled and John was running out of money.

“What other corporations have you talked to?” I inquired.

John looked at me, surprised. “Well, none, of course,” he said, matter-of-factly.

“Why ever not?” I exclaimed.

“But this corporation has said they’re interested!” he protested. “It would be unethical of me to go to someone else!”

“John, have they paid you any money?”

“Have they signed a contract with you?”

“Have they told you when they’re going to pay you or sign you?”

“Then there is no agreement, no contract, and you are not ethically bound to them in any way. What you need to do is contact many corporations and get as much interest in your project as possible. If this corporation thinks they might lose the deal to another company, they will take action. But now they have no reason for them to put this deal at the top of their priority list.”

John understood it then. He had put a lot of work into finding a company that was interested. He didn’t want to keep working that hard to find more companies that might buy his idea. It was easier to hope that this deal would pan out. He got caught in the “wishing-hoping-waiting game.” He needed to keep on sending out ships, or he could starve waiting for that one to come in. One is not enough.

Get another ship in the water. 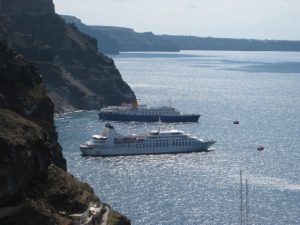 Fill in the blank:

…take a salary for myself

So how long have you been waiting for the extra money to just show up?

Let me give you a tip:

More money doesn’t appear in your life until you make the commitment to your next level of growth by investing money in it.

When you put money on it, the Universe takes you seriously.

I’m not talking about going into debt to fund a frivolous trip to the Bahamas or a shopping spree with designer labels you can’t afford. That’s consumer debt – Bad Debt.

I’m talking about Good Debt. Good Debt is the money you leverage to make an investment in your business growth and prosperity.

The owner of a $3 million a year manufacturing plant told a group of small business owners this: “In order to grow your business you’re going to have to get used to bigger and bigger negative numbers.”

Gulp. A few sage business owners nodded while everyone else blanched white at that bald statement.

And Stephen Spielberg doesn’t finance his own movies.

They use OPM. Other People’s Money.

They borrow money from banks, get loans from friends or family, or get a group of investors to pool their resources to finance growth.

They get trapped by the idea that you shouldn’t be in debt. That debt is a bad thing.

But that only applies to Bad Debt. The talking heads in the media are speaking to the average American wage-earner, who are locked into a financial limitation called their salary. They’re talking about consumer debt, not business building debt.

Good Debt is borrowing money to grow your business exponentially so that your business grows and is making much more money after making the investment.

Last year, a small business owner I spoke with about my Financial Stress Reduction® telecourse wanted to attend – but didn’t want to incur any more debt.

“Would it be okay if I paid you in installments of $50 a month?” she asked.

I said, “How is a debt to me different than a debt to your credit card company? Charge it to your card and pay them $50 a month. They’re in the business of lending money and I’m not. Besides, after taking the class you’ll probably be able to pay it all off right away.”

“You’re absolutely right, Chellie,” she agreed, and charged it to her card.

At the time, she had 10 clients and her goal was to have 20. When she finished the course 8 weeks later, she had 23 clients! Not only could she afford to pay off the cost of the course on her credit card, but the increase in her income meant she could pay off every other debt and have all the goodies in life she desired, too.

Good Debt is an investment of your money in training that will help you make more money.

Jack Canfield once told me, “If what you know now was enough, you’d already be where you want to go.”

If you’re happy with your current results, keep on doing what you’re doing.