“Getting there isn’t half the fun—it’s all the fun.”—Robert Townsend

When I was working as a secretary in the motion picture industry, I became known in our office as the person who could locate people or things that no one else could find. These assignments were great fun—they were like detective work to me. But when I was given my first one: “Get me the home phone number of the cinematographer who shot Coal Miner’s Daughter,” my first thought was, “I don’t know who that is. And who would give me, a stranger, his home phone number anyway?” But the boss said “Do it!” so I picked up the phone and started calling people. This was how I learned what a magical instrument the telephone is.

The first call I made was to the cinematographers union. They told me that the person I wanted was Jost Vacano, but they either didn’t have or wouldn’t give me his home number. I asked them who might have it, and they suggested the production company or his agent. When I called the production company, I spoke to three different people, none of whom had the information I sought. I asked each one, “If you don’t know, who do you think might know?”

This, I discovered is a magic question. Invariably, everyone I asked had an idea or two of who might know the answer. Many times they even had their phone number and gave it to me. I kept notes of every suggestion and followed every possible lead.

The search took two days, but eventually I got to the person who had the answer, and I delivered to my boss the home phone number of Jost Vacano—in Munich, Germany! After that, I got lots of these assignments.

The Jost Vacano lessons are:

Today’s Affirmation:
“I always say just the right thing that makes people happy to help me.” 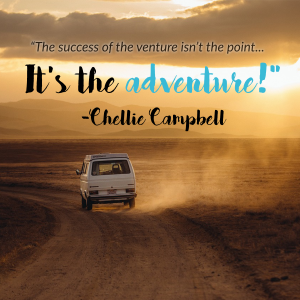 I’m glad I can now clear up a mistake in this page: Ralph D. Bode is actually the man who was the cinematographer on the movie Coal Miner’s Daughter. I got the movie wrong in my memory. My boss must have said, “Get me the home phone number of the cinematographer who shot Das Boot – that was Jost Vacano, and he was German, so that fits. The name of the person stuck in my head quite clearly, but I guess the name of the movie…not so much.

This happened circa 1982, and the internet wasn’t even a gleam in Al Gore’s mind then. It’s funny to think that I spent two days trying to get this information. How easy it was for me to just google the question this morning! I love the internet. I love google. Every time I read a historical novel or see a movie based on real life, I go to the computer to read more about the times and people, just like I used to look things up in the World Book Encyclopedia. It’s a marvelous age we live in!

Do you ever go “ego surfing”? That’s what I heard someone call plugging your name into a search bar to see how many web sites reference you. For business owners, this is a good thing to do occasionally, to see how your SEO (Search Engine Optimization) is working. You want to check out what people are writing in their blogs about you, or read reviews they give your books on amazon or your company on yelp.

I remember back in the day of the early internet having a mere 65 mentions. I had a small two-page web site and hadn’t written either of my books. Now that I’ve greatly expanded my web site and written books, it’s over 100,000. If you google “financial stress reduction®” which is my registered trademark, there are more than 128,000,000 items, and I’m listed as the fourth one on page one, which I’m thrilled about. I googled “financial stress” which is more general and got over 520,000,000 items! I’m not big enough to be in the early pages of that generic a search, but I’m happy that so many people are writing and talking about the stress people are having with money. These are great results, so thanks and congratulations to my web team led by Debbie Gadbois at Webb Weavers!

It’s also because I’ve been doing a lot of work getting the word out for many years. If you’re top-ranked in the search engines, it’s because you’ve been busy at internet marketing, writing articles, posting blogs, social networking, creating content for your own web site and others, and marketing and PR, too. In other words, you’ve been Sending Out Ships!!

Congratulate yourself for all you’ve done! If you’re new and only have 65 mentions like I did, congratulation yourself on beginning and know that more will come with time and effort.

Good luck to you! May all your ships come in laden with treasure!