“By the streets of ‘by and by’ one arrives at the house of ‘never.’”—Miguel de Cervantes

Dreams and goals are not the same. Just thinking how nice it would be to have a bigger house, a new car, a business of your own, the relationship you’ve always wanted, a vacation in Europe, a diamond ring, or a vacation home, won’t get it for you. The dream is there to spur you to action. It is not action itself.

Some people seem to think that good things happen to people through sheer luck. They think that other people in life are just luckier than they are—that they have these things through some unfair, lucky twist of fate. This belief disempowers them completely. Instead of putting some effort into achieving their dreams, they fantasize about winning the lottery, inheriting a fortune from a long-lost relative, or that someone will come along, see their potential, and shower them with gifts. Once in a blue moon, this actually happens to someone, and then all the dreamers use that as the shining example that their fantasies could come true. Never mind that the odds are fourteen million to one.

When these odds beat them, they often turn resentful, and bemoan their fate, saying life isn’t fair. They start to hate the people who have the things they want. Resentment will get them nothing. It is a misuse of creative energy. It’s been said “resentment is like drinking poison and waiting for the other person to die.”

Instead of resenting those who have the things they want, they need to find out what they do to get them. And then do those things. This is the true road to riches. I’ve found that most people who have the things they want in life work diligently to have them. But resentful people will just ignore the legions of people who work for what they want, and point to one of the few who were born rich or someone who achieved wealth through exploitation of others. This enables them to stay stuck in their lack and limitation. They win their argument but lose the game of life.

This is the formula for turning your dreams into reality: 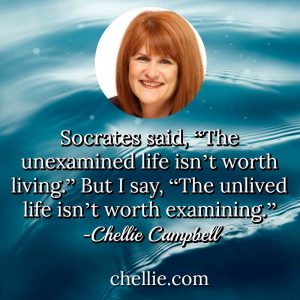 I read biographies of successful people and watch TV biographical programs all the time. I especially love the parts of how they struggled in the beginning, when they were just one of the millions of unknowns struggling to make their mark.

I used to think that famous celebrities were just so special that they were instantly recognized at their first audition, but that almost never happens! Most stars were relentlessly rejected at first. But they weren’t going to let a few failures or bruised egos or unopened doors stop them.

Here’s a typical story from the days of early Hollywood:

“In the blighted year of 1929, Broadway musical star Jeanette MacDonald, ‘That Girl with the Red-gold Hair and the Sea-green Eyes,’ made a screen test for Fox Film Corp. Her co-star for the test was Archie Leach, a member of the company performing “Boom-Boom,” the Shubert prodction in which MacDonald was appearing. The studio flunked both players, explaining, ‘We feel neither of these people has a screen personality.’ So much for Fox’s prescience. Archie Leach, transmogrified into Cary Grant, would soon make his mark at Paramount, and Jeanette MacDonald, the movie musical’s first superstar, would become, by the late 1930s, the darling of MGM and the top-grossing film actress in the world.”–from Hollywood Diva by Edward Baron Turk

So don’t be dismayed by the nay-sayers strewn in your path. They are just obstacles on the road to your success. Climb over them, go under them, or go around them. They are training you to be creative and strong, and which are needed to maintain a career in the spotlight. So keep on going and prove them wrong!

What was the worst review you ever got? And how did you prove them wrong?

Most people who have the things they want in life work diligently to have them.