“The only person who never makes a mistake is the one who never does anything.”—Theodore Roosevelt

My friend, Erik, gave me a pound of Joe To Go Coffee. It was a delicious blend called “Chocolate Hazelnut.” I thoroughly enjoyed it, and when it was gone, I wanted more. So I called Erik to find out where to get some, and he offered to order a five pound bag for me. Delighted, I said, “Great!” and waited for the delivery of my yummy coffee.

Finally, I called Erik and asked what had happened. He assured me that he had ordered the coffee and the company had said they shipped it. “I’ll call them today and find out what happened,” he said.

He called back a few minutes later and said that somehow my coffee got shipped to Boston. He apologized for the mistake and said I should get my coffee in a couple of days. Sure enough, two days later, I got my coffee and considered the matter settled.

Five days later, I received another package from Joe To Go Coffee—two five pound bags, one of Vanilla Nut and the other of Chocolate Amaretto. “Oops!” I thought, “Another mistake. I didn’t order this. These people are going to have to get their act together.”

I called Erik and reported this new error. Imagine my pleasure and surprise when he told me that the company had sent these ten pounds as a gift to apologize for their late shipment to me of my original order! They could have blamed the shipping company, they could have blamed a “clerical error” or “computer glitch,” they could have said nothing and done nothing. Instead, they sent me a present.

I am loving my coffees. I serve it to all my clients and guests. And I tell them all this story. I am giving Joe To Go Coffee oodles of free publicity, great testimonials, new customers, and now they’re in this book. Because they not only have a high quality product, but they have high quality care for their customers: They cared enough about me to send me a present to apologize for a mistake. I was delighted and impressed. For ten pounds of coffee, they got a customer for life. Send out a little ship, in comes a big ship.

So what do you do when you make a mistake?

Today’s Affirmation:
“I blaze trails of happiness everywhere I go!” 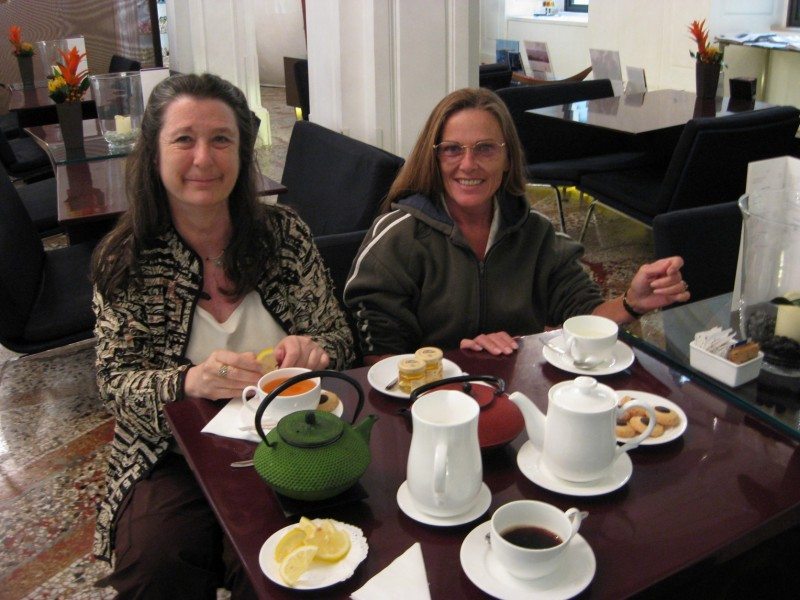 I ordered coffee from Joe to Go for years, and then they either changed the name or were bought out, because they answer the phone “Supreme Bean” now. Since I stopped doing my workshops in person and now do them as a teleclass, I don’t have to provide coffee for my participants, so I don’t buy that much coffee any more. And the grocery stores sell the fancy coffees now, too, so I just buy my small quantities there.

Last year, I was on a diet to reduce the acid in my system, so had to stop drinking coffee. Yikes. No caffeine, nothing spicy, no fruit juice, no chocolate, no tomatoes. Giving up tomatoes and tomato sauce was hard – do you know how many things you eat use tomatoes? Pizza, spaghetti, all the Italian and Mexican dishes, BLTs, chili…but no coffee?? Jeez-o-man. Kill me now.

I was feeling quite put out by having restrictions on my diet. But I could play the Glad Game and think it was probably very good for me to have a cleanse and release toxins from my body. I could put a good spin on it, too, see?

But I remember the ad I saw for coffee once that said something like, “Sure, if you don’t buy the latte every day, you can save $1,500 this year. But man, you’d be cranky.” Yep. I was. And I have to tell you, I never felt quite as sharp on caffeine-less tea as I did on coffee. After six months of that, I got some medication that solved the issue, and cheerfully went back to drinking my coffee. Then they came out with a study that said something like 6 cups of coffee a day prevented cancer and was actually good for you after all. Go figure.

I think I’m going to go with affirmations that everything I eat makes me smarter, richer, happier, and healthier. If you are what you think, and thinking creates your reality, why shouldn’t it work with food, too? I’m going for that this year!

If you are what you think, and thinking creates your reality, why shouldn’t it work with food, too?