Aren’t you tired of being self-sufficient?

Enough I say. Get some help.

It consistently amazes me how people wear themselves out re-inventing the wheel. Over and over again. Like nobody ever had this problem before and you have to figure it out all by your lonesome. Who told you that?

One morning, I was taking a seat at a sales seminar, when a woman who had taken my $ecrets of $elling class sat down next to me. She looked at me, shocked. “What are you doing here?” she demanded. “You teach this stuff!”

I smiled. “Yes, I do,” I said, “but that doesn’t mean I can’t learn something new that will benefit me and the people who take my next class. The more I know, the more I know I don’t know!”

She nodded; understood. The seminar was powerful and informative, and, sure enough, I learned something new. I always do.

Get some help today. Sign up for it. Read about it. Ask for directions. Take the shortcut.

Then relax and let them show you how do it.

Today’s Affirmation:
“All the knowledge I need to be great is right before my eyes!” 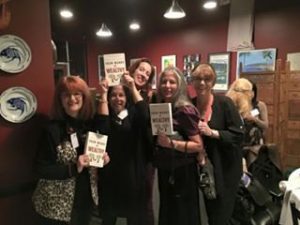 See if you can guess who said this (hint: he’s a famous actor, producer, director):

“I was a baseball player in school. I had a good arm, I could catch anything, but I was having trouble hitting. I would be like, “I wonder if I’ll hit it; just let me hit the ball.” And then I went away for the fall, learned how to hit, and by my sophomore year I’d come to the plate and think, “I wonder where I want to hit the ball, to the left or right?” Just that little bit of skill and confidence changed everything.

“Well, I had to treat acting like that. I had to stop going to auditions thinking, “Oh, I hope they like me.” I had to go in thinking I was the answer to their problem. You could feel the difference in the room immediately.

“The greatest lesson I learned was that sometimes you have to fake it. And you have to be willing to fail.”