Sometimes You Have to Ask God for a Sign

“If only God would give me a clear sign! Like making a large deposit in my name at a Swiss bank.”—Woody Allen

There have been times when I have done everything in hopes of achieving my goals: building ships, sending out ships, dredging ships up from the bottom of the sea, rebuilding the ships, hiring new crews. I have tried to get the job done, but the job remains undone. I try to decipher whether I should keep trying or know “when to fold ‘em.” Is this goal not for me after all? Am I supposed to give this one up? How am I to know?

For months, my agent, Lisa Hagan, and I searched for a publisher for this book. Many rejections and several almost-deals later, I still didn’t have one. Meanwhile, a friend from my writers group had the most glorious success. She prepared her proposal, met with nine publishers, her book went up for auction, and she got a six-figure advance! I was truly happy for her and celebrated her success. But I couldn’t help asking God,
“Hey, what about me?”

I was willing to do whatever it took get a publisher. Lisa told me that most of the publishers disliked the original page-a-day structure. So I revised the proposal and rewrote the book as an eight chapter narrative. I changed the packaging and paid to have a matching cover design for my audio and video tapes. The new packages went out to publishers, and once again, Lisa and I waited.

Meanwhile, I had a conversation with God. I asked God for a Sign. I told Him I have done everything I knew how to do, and now I needed Him to clearly show me if this goal, this book, was meant for me or not. I let Him know that I am here to do His work, and that I was willing to get my poor human ego out of the way and give this up, if that was what He wanted me to do. But I needed a clear Sign whether not to keep trying.

Exactly two days later, Deb Werksman at Sourcebooks called to say she was interested in my book. We discussed the narrative version and then she asked, “What’s this page-a-day book that your agent told me about? She says everyone in her office uses it.” After I described it to her, she said, “I want to see that book.” It wasn’t long before I got another call from her: “I just got out of an acquisitions meeting and we would love to publish your book!”

And you know what? They bought the original version!

Today’s Affirmation:
“Thank you, God, for giving me perfect time, money, love, luck, and health at all times now.” (Contributed by Carol Allen) 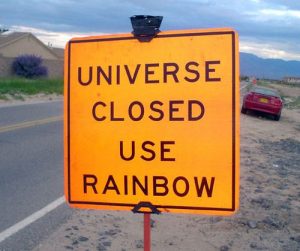 Inspired to Succeed: The Most Powerful Effectiveness Tool by Sharon Rich

This is the true (if oversimplified) story of two divisions in a manufacturing company.
There’s been powerful movement in the organization toward using statistical tools to increase accuracy and reliability.

Doubters dominate one division. They believe data can be manipulated and while they are following the requirements they continue to put their trust in past experience and knowledge, the way they’ve been doing it for over 30 years.

True believers lead the other division. They are committed to the process. They are engaged and energized. They talk about it, collaborate, problem solve. They are interested in the outcomes. They take pride in the results. They are open to learning, open to being wrong, open to making mistakes and corrections.

Both divisions are using the tools. However, the doubters use them superficially, simply going through the motions to meet the requirements. The true believers, on the other hand, are excited and in a constant process of discovery and amazement.

The doubting group spends much of its time trying to get a handle on the reasons behind all their field failures.

The true believers have no field failures.

5 observations from this story that I want to share with you:

We are all in change/growth situations at all times, whether we know it or not. We all have places where we don’t see that we have become stuck or attached to doing things a certain way that no longer serves us. Some business and leadership coaching — check in with yourself.
• Where are you going through the motions just to check off the boxes?
• Where are you protecting obsolete ways of being?
• Where might becoming a true believer make a real difference in meeting your objectives?
• Where could you open up your mind and more possibilities?
Perhaps you see other valuable lessons here? If so, I’d love to hear from you.

Sharon Rich is the founder and Chief Growth Engineer at Leadership Incorporated. She works with smart ambitious leaders in smart ambitious organizations of $5-50M who are committed to growing the business. Her clients have a strong sense of purpose, yet aren’t making progress on critical high value initiatives. Sharon gets them clear, unstuck and achieving their objectives with confidence.
More: http://www.leadershipincorporated.com

The true believers have no field failures.