Making Money While You Sleep

“Each of us has the choice—we must make money work for us, or we must work for money.”—Conrad Leslie

A doctor and his wife who had heard me speak flew me to Oklahoma to speak to their staff on customer service. It was a nice group of about fifteen people, and we had a great meeting over dinner as I coached them on Office Etiquette.

After dinner, Dr. John, his wife, Mary, and I sat quietly discussing money and business. He told me that one night, he was lying awake in bed and thought, “I make a lot of money working as a cosmetic surgeon, but if I don’t show up for work, I don’t make anything. My money is totally dependent on my working hours.” He turned to me and said, “But I want to make money while I’m sleeping! I want to make money whether I show up for work or not.”

So he bought an oil well. And that oil well is pumping oil twenty-four hours a day, making him money, whether or not he works. This is called “passive income.”

How can you make money while you’re sleeping? Can you invent a product that stores can sell and people can buy whether or not you’re there? Can you receive a commission on sales that other people make? Years ago, I appeared in a Dove soap television commercial. Although I only worked one day filming the commercial, it was shown on television across the country for two years—and I made money every time it aired. A woman I knew made up a creative company name, registered it as a trademark, and another company paid her an annual licensing fee to use it. When you invest in a growing company that prospers and pays you dividends—that’s making money while you sleep.

If you set up enough passive income, your only job will be managing it. And you can phone that in from Tahiti!

Today’s Affirmation:
“Every day when I wake up in the morning, I’m richer than I was when I went to sleep!” 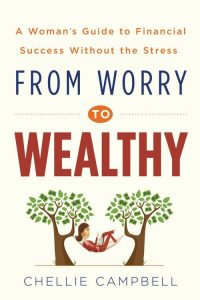 With all the rumblings of the economy today, with the volatile swings in the stock market, it’s critically important that all Dolphins who believe in the power of positive thinking stay focused on prosperity and happiness now more than ever.

One of the daily messages that helps remind me of all the good in the world is from Mike Dooley at www.tut.com. Here’s one of the messages that put a smile on my face:

Think as much, if not more, about growing your income as you do of trimming your expenses.

End of Workshop –
The Universe