Getting Past the Past

“The hardest years in life are those between ten and seventy.”—Helen Hayes

Chuck was having a hard time. He was trying to do his positive affirmations, but the negative voices kept coming up. He was very conflicted about his past, the negative upbringing, the angst in his family. He had many unresolved issues with his parents and As a result, he kept talking on and on about his problems, rather than the solutions to them. You could tell from the look on his face and the energy with which he talked about his past that he relished the struggle. I’ve seen this problem many times, watching people take class after class, ostensibly to learn to overcome their problems and become successful, but, in actuality, to wallow in their difficulties and celebrate their inadequacies. They are victims and it’s never their fault.

I sensed that Chuck was on the verge of changing this behavior. He was ready to let go of the past and create a new future. He approached me after class one evening, told me of his struggle and asked if he could take me to lunch the next day. “I just know you have the answer and I will be able to get past my past!” he said. “Maybe I do,” I answered, “Let’s go to lunch and see.”

We met at noon and sat under the trees at the little sidewalk café. For forty-five minutes, he regaled me with stories of his childhood, the struggles with money, the poverty consciousness of his family, and the continuing problems throughout his working career that stemmed from his past. He had been in therapy, had taken classes and read books, and seemed to have a thorough understanding of how the negative programming of his childhood had created negative habit patterns in the present. I could see that he was ready to be done with the past and create a new present.

“I just know you have the answer,” he said towards the end of our lunch hour.

“Great!” he exclaimed. “I knew you would! Tell me the answer! What do I have to do?”

I paused, looked him straight in the eye and decided to take the risk and tell him the truth straight out. I said, “Get over it.”

His eyes widened in shock. He looked at me for a long moment, then started to smile and then to laugh. He said, “That’s it exactly. I knew it; I just needed somebody else to confirm it. Thank you.”

We laughed together, sitting in the sun. After that day, his tension eased, he relaxed, he appeared more self-assured, he started thinking more positively, sending out ships, and his business prospered.

Today’s Affirmation:
“With a glad heart, I welcome the treasures of today!” 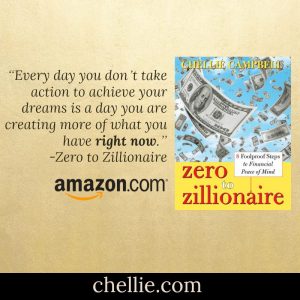 Write the story of your life.  Read it over again.  Is it a balanced viewpoint?  Or is it weighted towards the negative or the positive aspects of your life?

The first time, write it from a loser’s perspective and focus on all the bad breaks you ever had, the people who were mean to you, hurt or robbed or beat you, and all your financial losses.

When you write the second version, focus on winning.  Take pleasure in every good thing that ever happened to you—every win, every success, every raise, bonus, etc.  Look at all the people who helped you, nurtured you, and loved you.

They are both “The Story of Your Life.”  They are both true.  But which one do you focus on?  Which one shows up on your face?  In your body language?  In your relationships?  Which story do you think about before you go on a job interview?  Make a sales call?  Go on a date?  Which story of your life is showing up in all your current results—financially, professionally, and personally?

To illustrate, here are some of the things I include in “The Story of My Life”:

Don’t you just want to say, “Oh, poor thing”?  I feel depressed just writing all that.

Same life, different perspective.  Both versions are true.  But if I allow myself to think about the first version, with all the negative things, each day before I make a phone call or write an email or go to a meeting, I’m going to be depressed.  And that’s going to show.  Then, if I call you and you’re a positive person, you’re going to be put off by the negative undertone you feel from me.  However, if you’re a whiner and complainer, you’re going to be ever so attracted to me…see how it works?

What are you going to focus on today?