“Do not try to fight a lion if you are not one yourself.”—African Proverb

The money is in the phone—but not in every phone call. Let me tell you about Bridget.

A corporate client of mine invited me to his company trade show which I attended on a crisp fall Saturday. When I arrived, he introduced me to the woman he was sitting with, and very nicely praised my skills as a motivational speaker. The woman, Bridget, said, “Oh, you should come and give a talk where I work at XYZ (a major television station)—they have speakers in all the time.” I thanked her for the suggestion and asked for her card. When I saw that her title was essentially “Big Honcho of Talent and Casting,” I felt as though I had won the lottery!

I immediately sent Bridget a nice thank you note and my usual speaker’s package of information and testimonials. After a week, I made a follow-up phone call to her office. The secretary asked my name, then put me on hold. The next thing I heard was shouted at me: “Don’t call me! I only met you for five minutes! Don’t call me!”

I was shocked speechless for a moment, unprepared for this reaction! I said, “Excuse me. When we met, you gave me your card and suggested I send you some information, which I did. This is the first call I have made to follow up.”

Well, I just couldn’t think of anything brilliant to say in that moment so I said, “Okay,” and hung up. I felt awful!

My face was flushed, my heart was pounding, I tried to think what I could have done to make her so angry. (As if anything could have justified her behavior.) Then the phone rang. I looked at it for a few rings before I picked it up and meekly said, “Hello?” “For heaven’s sake, what’s wrong with you?” my friend Judy St. James asked. I told her the story and she said, “Well, who pissed in her coffee?” “Oh,” I said, “what a great comeback that is. I wished I had said that!” Judy was the perfect person to talk to in that moment. A business coach and seminar leader, she had my self-esteem back in shape in no time. We laughed and giggled together. I gave myself an hour break, then went back to my sales calls.

This story is a perfect example of the worst that can happen to you when you send out a ship in the shape of a phone call. And this is why many people never succeed—they let this fear stop them. Yes, this was an unpleasant experience. But it doesn’t happen often. if I let the fear of this experience stop me from pursuing my success, Bridget wins. And she’s just not worth being broke for.

Was someone mean to you? Did you give something up because of them? Take it back!

Today’s Affirmation:
“The money is in the phone and I get richer and richer with every call!” 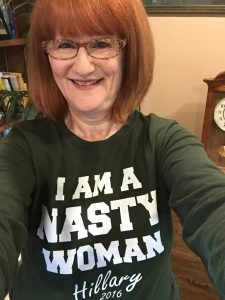 I still remember how shocked I was over the virulent attack of that woman. I was just so unprepared for that! I was used to calling people who were nice to me. Yowch.

But it was just more training in how to roll with the punches, and to make my “gold calls” no matter what the response was. Not everyone will want what I have, not everyone will like me. It doesn’t matter. Making calls is what it takes for me to be successful in my business. I’ve told people in my workshops that it’s the sacrifice you make on behalf of your customer who needs your product or service and doesn’t know where you are.

You have to be willing to fail and to have unpleasant experiences sometimes. This is how it works:

“Perseverance is a great element of success. If you only knock long enough and loud enough at the gate, you are sure to wake up somebody.”
—Henry Wadsworth Longfellow

If you aren’t winning enough in your life, it’s because you aren’t losing enough. “What?!” you may be thinking. “I’m losing plenty, thanks. That can’t be right.”

The difference is that winners have an intense, laser-focused attention on the goal—and on winning the goal. They don’t see the goal as out of reach, they believe that they will attain it if they just do the right things. If they don’t know exactly what the right things are, they are willing to experiment, pay for lessons, workshops, coaches, and try different things until they happen upon the things that work, and then they do those things over and over and over, ad infinitum, until the goal is achieved. They send out a ship, and then they send out another one. And another one. And another and another and another. It doesn’t matter how many ships sink, how many people say no to you; it only matters how many people say yes. So keep on going until enough people say yes. You have to have this kind of determination not to quit and to keep going until the yeses arrive like the next ship on the next wave. Or the one after that.

So how do you remain undefeated in the face of lost ships? How do you garner the strength—mental, physical, and spiritual—to build another? And the one after that? How do you face mounting losses, over and over again?

It take passion, determination, and single-minded devotedness to purpose. When you’re Dorothy and your goal is the Emerald City, you are willing to take any path to get there – your goal is all that matters. Determination is like an iron fist in your gut. You will not be dissuaded from your dream because there’s a wicked witch on the road, or flying monkeys overhead, or a guard at the gate who denies you entrance between you and the Emerald City. You will never be one of those small people who are content to stay forever in Munchkinland. You will get to the Emerald City or die on the road to the Emerald City. And because you keep on moving down the road, life helps you out by sending you a Glinda, a Tin Man, a Scarecrow, and a Lion to give you encouragement and help you succeed.

Today is a new day. The yellow brick road beckons you onward. Where are you headed next?