“Endurance is the most difficult of disciplines, but it is to the one who endures that the final victory comes.”—Buddha

People sometimes ask me when they can stop practicing their affirmations. I answer with another question: “When can you stop brushing your teeth?”

Affirmations are forever. It’s a daily maintenance program. I thought negative thoughts for many more years than I’ve been practicing positive ones. I certainly don’t want to backslide, do you? Those old habits are just lying in wait. One of my clients did her affirmations regularly, without fail, and then got more business than she could handle. Frightened, she purposely turned off the flow. She said, “Okay, that’s enough!” and stopped doing them. Business completely dried up. As a matter of fact, all three big jobs she had gotten were canceled. She immediately recognized what she had done and started doing her affirmations again daily. She got another big job that week, and two of the lost projects were restored.

Every time I run into one of my clients that I haven’t seen for awhile, I always ask how things are going. If they answer, “Great! Business is booming and I’m really happy!” I ask if they’re still doing their affirmations. Invariably, they respond, “Oh, yes! I have them in my wallet, posted on my bathroom mirror, and I do them in the car, too.” Conversely, when things aren’t going well for someone, they sheepishly reply that they somehow just forgot about doing them.

One attorney, after admitting that he wasn’t practicing his affirmations, vowed to start again that day. A week later he called me. Very excited, he told me that he had collected $6,000 that week and $4,000 of it was unexpected income. “This really works!” he exclaimed. “Tell everybody!”

Consider yourself told. And knowing about it isn’t the same as doing it.

Today’s Affirmation:
“I am happily practicing my positive affirmations every day!” 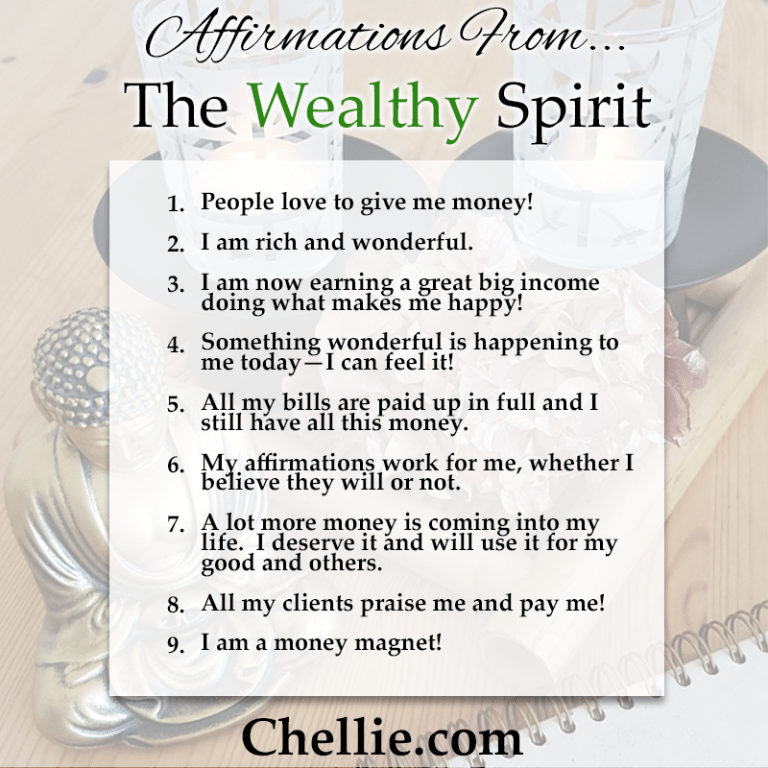 My dear friend Sylvia Silk, Doctor of Divinity, sent me this article from her blog, and I had to share it with you. Humanity is evolving!

On the Leading Edge of Conscious Evolution

Those of us lucky enough to be born in the 20th century are familiar with change. We have witnessed progress induced by the industrial era (the printing press, electricity, automobiles, airplanes, indoor plumbing) and the information age (radios, telephones, computers, internet, cell phones). Prior to a few hundred years ago, life didn’t change during one person’s lifetime. Therefore, the assumption was that human life was irredeemable, unchangeable, un-evolvable. We used to be born into cultures that used the same tools, same modes of transportation and did the same work from birth to death. Generation after generation nothing changed.

Life was painful. Women and siblings died in childbirth. Husbands and sons were killed in war. Whole villages were raided and plundered. No one was safe. Fear, suffering and dying was the norm. Life was hard; no conveniences like running water, electricity, grocery stores. Life was about competition; competing for food, for a mate, for status in the clan. Life was about survival; it was every man for himself. Life was short; the best we could hope for was 40 or 50 years if not ended sooner by disease or death.

A few hundred years ago, we started to have history to look back upon and study. We could see where we had come from and how things had changed. We began to recognize humanity is evolving through progress.

At first we only understood things progressing through history. Then philosophers and spiritual teachers started to see divinity unfolding through history. Biology discovered species are not just created, they mutate and change over time. More recently we have discovered the cosmos is also emerging; there was a moment when this was all a singularity and then it burst forth and has been unfolding through this creative process ever since. Everything is evolving: man, earth, life, even consciousness itself.

If we look at humanity, not much of it has evolved beyond the lower states of consciousness: guilt, anger, jealousy, hate, fear, revenge, pride. But a persistent, incremental shift is taking place. Ken Wilber reports that 5% of the world population has evolved into the higher states of consciousness, living selflessly with compassion, humility, integrity, kindness and forgiveness. As that percent grows and reaches critical mass, all of humanity may quantum leap into the higher levels of consciousness. Teihard de Chardin, the French paleontologist, saw a new evolutionary potential when he wrote, “The way out for the world, the gates of the future, the entry into the superhuman, will not open ahead to the privileged few or to a single people, elect among all peoples. They will yield only to the thrust of all together (even if it were from the influence and guidance of an elite) in the direction where all can rejoin and complete one another in a spiritual renewal of the Earth.” Then we would have heaven on earth!

So we are beginning to understand that we are part of evolution and it’s moving in a forward direction. In our lifetime, we will see many changes in our world and in ourselves for we are becoming aware that there is a spiritual evolutionary process going on. When you look at the world through an evolutionary lens it no longer seems to be irredeemable or unchangeable.

We are beginning to discern and understand the patterns of evolution, spirals of movement toward greater complexity, greater circles of cooperation and unity.

For eons, the notion that you could create heaven on earth or change human nature seemed preposterous because nothing ever really changed. But now when we look at how change unfolds, how rapidly culture evolves, at the movement of spiritual evolution in ourselves and others, we realize that consciousness is transforming and transmuting into an expression of those higher spiritual potentials revealed to us by the yogis, mystics and other self-realized beings.

This awakening to the realization that we are evolving is new. As one evolutionary leader puts it, “…..we are discovering the evolutionary impulse.” And our union with God no longer just means union with a transcendent God that lives in the sky; it means union with the manifest God, the immanent God, the Divine Creative Principle that’s unfolding before our very eyes through the receptive human. We can become the expression of that. We can be a vehicle for that in the world. We can choose to consciously evolve by choice instead of by default.

We are discovering that we can choose to participate in our own individual evolution. All the wisdom traditions are tremendous treasure troves of wisdom and spirit, but our realization that humans are evolving is changing things. A new world is dawning. All aboard!

Until you return, fill your days with GIGGLES, JOY, and APPRECIATION!