Jerry Warner is a stock trader. A mortgage broker for many years, he has a knack for valuing stocks and companies, and started trading options on a regular basis. Bright, energetic and optimistic, he started a new business so he could share his ability with others. He re-enrolled in my workshop in order to collect new ideas and impetus for his new venture.

Just after completing the course, the stock market went through one of its volatile phases. Stocks values jumped wildly—up one minute and down the next. Jerry started getting nervous. His stocks were plummeting. Should he sell and mitigate his losses? Or should he hold on for a rally? He called to tell me what he did next.

“I just thought to myself, ‘What would Chellie do?’” he told me on the phone. He decided that the companies he had invested in maintained real value and that the market gyrations were only a momentary glitch. He remembered a saying had heard me repeat, “Never make a permanent decision while in a temporary state of mind,” so rather than watch the ticker tape and worry about the ups and downs all day, he decided to take a “Do Nothing Day” or “Pajama Day.” He took the rest of the day off, went home, got in his pajamas, relaxed, and read books.

“So what happened to your stocks?” I asked.

“Well,” he said, “my initial instinct had been to respond out of fear, cut my losses, and sell everything. But I remembered you telling us not to make fear-based decisions. I forced myself to remain calm and relaxed. By the end of the day, the market went back up.

Playing the stock market game takes nerves of steel. You have to develop poker skills—to know when to hold them and when to fold them. If you’re going to get scared and sell out whenever the market goes down from time to time, you are not going to win at this game. You have to have a plan, sometimes revise the plan, mostly stick to the plan, and get the advice of a planner. It’s an adventure. It’s a gamble. Enjoy the ride—or don’t play.

Today’s Affirmation:
“I buy low and I sell high!” 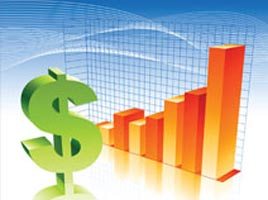 One day, I dropped my cell phone for the final time. I tried putting it back together, but when it lit up it just said “Error in app 205”.

I had no idea what that meant, but I took myself down to the Verizon store to see what it would take to fix it. I thought I might take a look at all the new smart phones while I was there, and see if an upgrade was in order.

Mike, the nice young professional telecomm guy took me right in hand. “What can I do to help you today?” he inquired.

I explained the problem and asked what “Error in app 205” meant. He checked with his computer, looked up and smiled. “Do you want the bad news first or the good news?

“Give me the bad news,” I said. Make me sad then make me happy again seems to be the right order of things to me.

“The good news is we have a fabulous new upgraded Blackberry for you and it’s hardly going to cost you anything,” he beamed. And he was right. The new Blackberry was terrific, and he gave me a bunch of extra goodies with it along with a rebate etc. so it’s only costing me about $50.

I called my trusty computer expert, Marc Chroman to come over and set it all up for me (far better than working my way through the manual myself, and much faster, too). So I had a camera, video, direct connection to Facebook and Twitter, a cute black and white plaid case…I was a happy camper!

So what looked like bad news was really good news in disguise. I had been thinking a lot about upgrading my cell phone, so I guess the Universe just had to give me a more forceful nudge in that direction…

Fast forward a couple of more years, and the new Blackberry flashed the red light of death and it’s soul fled Planet Earth for whatever afterlife such Artificial Intelligences inhabit. While looking around the Verizon store, I found the most beautiful, sparkly gold telephone case and I was in love. So I went to my service rep and said, “I want this case and whatever phone fits inside it.” Which turned out to be a beautiful gold iPhone 7. And the set-up was so easy I could do it myself. Yay!