“Please God, please—don’t let me be normal!” Luisa, in The Fantasticks, by Tom Jones and Harvey Schmidtt

It was a dark and stormy night. Slippers on my feet, a mug of hot tea in my hand, I zipped past channels on the TV in search of entertainment when I alighted on the documentary film, Trekkies. It was about the fans of the Star Trek television series in its many incarnations.

What a fun movie! I truly enjoyed watching these fans speak glowingly of their fascination with the stars, the mythos, the technology, and the spirit behind this television show. The documentary showed various fans—at home and at conventions—dressed as their favorite characters. There were Klingons, Vulcans, Romulans, Captain Kirk impersonators, ensigns and commanders galore. There is a convention somewhere in the world every weekend.

Make no mistake—this is a happy group of people. They may seem a little left of center to you, but they are having fun. One of them, a dentist, Denis Bourguignon, has a practice called “Star Base Dental” in Orlando, Florida. He, his wife, and all the staff dress in Star Trek uniforms and have decorated the entire office with space ship regalia. A man who changed his name to something Star Trek-related said many people complimented him on his courage, saying they could never do that. Sure you can, he said, “You can do anything you want in life.” Good attitude.

Various stars from the shows were interviewed, who spoke with universal affection for the tremendous love and appreciation they felt from their fans. A paralyzed woman told Kate Mulgrew, “For the hour you are on, I forget about the body I’m trapped in.” And James Doohan, who played the engineer, Scottie, spoke movingly of a woman who wrote him a suicide note. He called her and told her there was a Star Trek convention in two weeks and he wanted to see her there. She went, they talked and he told her about the next convention, and he wanted to see her there. She went to that one, too. And the next, and the next—for about two or three years. Then silence. He didn’t hear from her, and didn’t know what had happened.

Eight years later, she wrote him a letter, thanking him for taking the time to help her. His kindness and attention had lifted her spirits and given her the will to go on. She was writing to tell him that he had inspired her to get her degree in electrical engineering. He had tears in his eyes as he spoke of it.

Are you laughing at these people? Do you think it’s ridiculous for a dentist to dress up in costume? Well, perhaps they think it’s ridiculous that men wear ties that choke them, women wear high heel shoes that hurt their feet and people work in jobs they hate. Perhaps your hobby is swinging a metal rod in order to hit a little ball into a hole? Sliding down a hill on wooden poles? Or collecting spoons? What’s normal?

Beam me up, Scottie.

This is one of my very favorite stories in this book. Today, I celebrate all the people who are different, who choose their names, their passions, their hobbies, their lifestyles according to what they think is fun and fulfilling. Who don’t march in lockstep according to what society and convention dictates, who think for themselves, who reject the tried and true and try to make the world conform to their inner light. Who say society’s style is not my style, and find others who think “different” is a very fine style indeed.

This is the era of niches, where not everyone watches the same television show on the same night every week, where not everyone’s dream is the same dream you read about in magazines and newspapers. Now instead of the “Top 40” on the radio, you can listen to just country music, or just jazz, or just the newest of the new bands that few have heard of yet. You can find your joy and a small niche group that enjoys that, too. 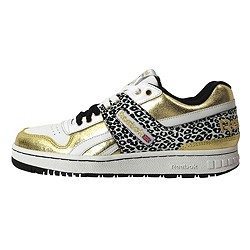 Google anything, and you’ll find a tribe of people marching to that different drummer. Your People in Your Niche are out there for you to find and flourish with.

Go forth, and be happy!

Yours truly,
From your Golden-fingernailed-gold-tennis-shoe-wearing-gold-phone-dialing Grand Dolphiness.
I made that up.