“A snowflake is one of Nature’s most fragile things, but look what they can do if they stick together.”—Unknown

My friend, Beca Lewis, in her workshop, The Shift, told a story about Star Trek. She said that in this television series, every week a team of people on a space ship goes exploring. They know their mission: “To go where no one has gone before.” They know how they are going: “Boldly.” Every week, they encounter an “it.” This is something that appears to be a threat or at least a dangerous mystery.

But there is a difference in the behavior of the crew on Star Trek and most people. They have a solid team and support one another. No one ever says, “How did you make this happen, you idiot?” And no one ever says, “How did I make this happen? I’m such an idiot!” There is only rational discussion of how to handle the threat. They engage in the process of looking for solutions instead of searching for someone to blame. The solutions are found each week by the group acting as a team, and the decisions are all based on a personal code of ethics and morality.

And no one ever says, “We better not explore any more. Remember what happened last week!”
I quite enjoyed this story. Maybe that’s what I like so much about the Star Trek series—the friendship and support of the team players. Whatever challenges they face each week, you know that they will stand and face them together. They are all dolphins.

Life is like a Star Trek mission. We are all exploring and we are all traveling with a team. We have a choice whether to be critical or supportive. What would you like to receive from your team? Be the first to give them that.

Today’s Affirmation: “I am courageous, strong, and victorious and so is my team!”

Last year, my nuclear family team of my two sisters, Jane and Carole, and my dad Mark, got together to see “Rise of the Planet of the Apes”, grab some pizza and go back to Carole’s to eat and play some poker.

It was unusual for just the four of us to get together, since the family has expanded over the years with Carole’s two kids, Jane’s three, plus her daughter Marissa and her husband Max have three kids now, too. My dad is a great-granddad, which is still a staggering realization when I think of it. Since everyone else was otherwise engaged that weekend, Carole suggested it would be a fine opportunity for the original core family members to gather. 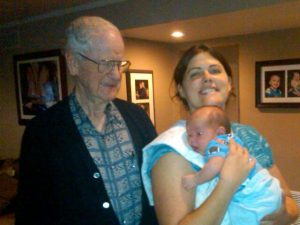 This is our Star Trek team, who gathered together from time and space to explore our universe “boldly” with the friendship and support of the other team members. We encountered many “its” along the way, overcame challenges, celebrated victories, and expanded the team with new crew members. We cried together when some of our team like Mama Nell moved on to other realms of existence, and welcomed the wee ones just starting their voyage to the stars. This is the team I was born into, and it’s influence is powerful in my life. Another team was the Skagway Street gang in Whittier where I grew up. It’s too fun that one of that gang started a Skagway Facebook group and lots of us gathered to reminisce.

But through all the teams that ebb and flow in my life, my original family team remains my rock and support, whose depths of love and shared experience can never be matched.

Through time and space, the Starship Campbell voyages on.