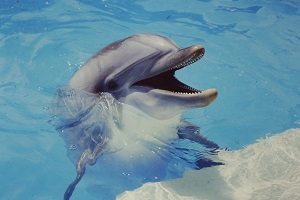 “Everyone must row with the oars that he has.”—English Proverb

Years ago, when I was first starting to earn good money, I thought I would go to see a financial planner to get started saving and investing for my retirement. We talked about my goals, and what amount of money I would like to live on when I was retired.

Then she made The Mistake. She calculated how much money I would have to have saved by age 65 in order to have enough to retire, adjusted by inflation. I remember the amount, because it seemed enormous and totally unreachable: $1.2 million. She told me that I would have to start saving $800 every month in order to reach my goal. Well, I was only making $2,000 per month at the time! There was no way that I could save $800 a month. It was a totally unreachable number to me. I thanked her very much for her time and left the office, thinking that I was never going to be able to retire, so I might as well not bother saving anything. And so, for years, I didn’t save a dime.

(Continued on page 141 of The Wealthy Spirit)

Today’s Affirmation: “My assets grow easily and effortlessly every day!”

Here’s how to calculate the amount of money you’ll need at retirement: 1) Whatever you have now; plus 2) Ten million dollars.

That sounds like enough to make you feel safe, right? Financial advisors estimate that the percentage of Americans who can actually save enough money to afford a reasonable lifestyle for 25 years without working is about 3%.

Social Security helps—and it isn’t going bankrupt, either. Michael Hiltziks’ column in the Los Angeles Times in March of 2014, outlined the relevant facts: Life expectancy has risen since Social Security was instituted in 1935. But the difference is mostly because of improvements in infant mortality. In 1935, if you made it to age 65, an average 65-year-old man could expect to live to about 77, and a woman to 78. In 2009, the figures were 83 for men and 85 for women. That’s an extension of 6-7 years, not the decades often reported. And the payroll tax has increased from 2% at its inception to 12.4% today.

It will be a thin retirement if that’s all you’ve got, but it certainly helps. If you continue to work part time, have your own business or start one, you can continue to earn money.

I spoke with a 50-something man one day. He was burned out at his job and wanted to retire. But he was afraid. “I have enough money to last twenty years,” he said. “But if I live longer than that, it’s a problem.”

When was the last time you heard a movie star say, ‘I can’t wait until I have my pension funded so I can retire and stop making all these movies’? You never hear that. Because actors love their work. At ninety years old, they’re trying to convince insurance companies how healthy they are so that they can make a movie. They die onstage. They want to die working because they love their job.

Just for fun is the answer.

Find work that you love doing and you won’t want to retire from it. Retire to do what? Lie on the beach? For how many days would that be interesting? You only think you want to lie on the beach because you haven’t had a good vacation. So go to Hawaii or Cabo or the Caribbean or someone’s backyard in Malibu now.

And enjoy a latte on the beach while you’re at it.