10 Minutes a Day to a Wealthy Spirit!

“Inflation is the crabgrass in your savings.”—Robert Orben

Anne Farrelly, a financial planner in Los Angeles and author of Invest Without Stress gave me some figures years ago regarding particular investments:

If you had invested $10,000 on December 31, 1979 in the following companies, this is the amount of money you would have earned from that investment by December 31, 1989—just ten years later:

This is very good money to be making while you’re sleeping.

Ann went on to say that during the same period, if you had made a $5,000 investment in Growth Fund of America on the worst possible day of each year (buying in at the highest price of the year) for the past fifteen years for a total investment of $75,000, the investment would have grown to $325,890. The key point is that investing—even at the wrong time—is better than not investing and sitting on the sidelines, waiting for the “perfect” time.

In the nineties, the stock market had the biggest boom ever. The Dow Jones Industrial Average went from the 3,000 range to over 10,000. Lots of money was made during that period of time, even if some of it was lost when the technology bubble burst in 1999 and the next downturn began. Cumulatively, over the long haul, the stock market goes up.

So what do you invest in? Financial advisors recommend having a varied portfolio of stocks, bonds, mutual funds, real estate, etc., in order to mitigate your risk (otherwise known as “hedging your bets”). When investing some funds in a single stock, pick a company whose business you know well and whose future prospects look particularly good to you. For example, my brother-in-law, Dick, had some extra funds he wanted to invest. He had noticed that the local Cheesecake Factory, where he often went for dinner, was always busy. The food was delicious, the service was exceptional, and they seemed to be successful. He did some research on their financials and their growth pattern, and decided this was a company he wanted to invest in. Over the next few years, he quadrupled his money.

You can’t win if you don’t play the game. But I suggest you get a coach.

Today’s Affirmation: “All my investments pay me handsome rewards.” 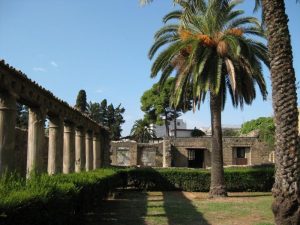 The financial markets have been more turbulent since these statistics, and everyone lost money when the Great Recession hit Wall Street in 2008. But they were just paper losses. I held on through the gyrations and although I had the same 30-40% losses so many others had, I held on and stayed put and all my money magically reappeared.

Here’s a great article about judging “reality” from my friend and fellow coach, Sharon Rich, who joins us as my Guest Blogger today:

Inspired to Succeed: None So Blind As Those Who Focus on Reality

A vice president in a health care organization sees the problems caused by upper management as unsolvable. She thinks she is just being realistic. She feels powerless to make any changes and fears that she will lose her job if she speaks the truth. She is paralyzed and feels her only option is to tolerate or leave. She doesn’t even consider the potential opportunities that might become available to her in identifying and addressing these challenges head-on.

The president of a digital marketing company believes that “no one has money to spend right now.” He can find plenty of evidence to support this reality, in the media and from his own personal experience in reaching out to companies for new business who have said “This is not the time.” This belief combined with his fear of rejection and failure is actually preventing him from being able to find and target companies who are growing and profitable and in need of her services.

The head of a PR agency focuses on the likelihood of losing a client if she asks for fair compensation in today’s recessed economy. Not wanting to fight reality, she charges less than she knows she needs and is struggling to make a living. She doesn’t see the potential of winning the client over by making a strong value proposition.

Every business (and life) situation has BOTH challenge and potential. When we focus exclusively on what’s lacking, what’s not working or what might go wrong, we miss the wealth of opportunities that surround us. When we focus too much on “reality” (meaning fear), we become blind to possibilities that could turn our situation around far faster than we could even imagine.

A critical leadership best practice is while remaining aware of the challenges, keep your focus on the potential. Form a vision for a better way and let that guide your thinking, decisions and actions. Be a little (or a lot) unrealistic. Dare to believe that things could be much much better. And then put your focus on making it so.

Where are fear, frustration or lack keeping you from seeing the opportunities right in front of you?

Ask yourself if you’re being driven by wanting (it may feel like needing) control, safety, approval, separation or connection. Be brutally honest.

Get coaching support in shifting from reacting to these blinding wants to activating the creativity of what’s possible. Your success depends on it.

Sharon Rich is the founder and Chief Growth Engineer at Leadership Incorporated. She works with smart ambitious leaders in smart ambitious organizations of $5-50M who are committed to growing the business. Her clients have a strong sense of purpose, yet aren’t making progress on critical high value initiatives. Sharon gets them clear, unstuck and achieving their objectives with confidence.
More: http://www.leadershipincorporated.com