“If you look up, there are no limits.”—Japanese Proverb

Goal setting is very important to achieving our desires. We have to know what the target is before we can hit it. But goal getting is the next step—taking action to get the goal you set.

When I enrolled in Roger Lane’s The Finance Course, he sent me a form to fill out listing the things I wanted. Then he called me to find out what I had on the list. I told him one of the things I wanted was a brand-new Mercedes Benz. He said, “Great!” and asked me, “What model?” I said, “I don’t know.” Then he asked, “What color?” I said, “I don’t know.” “How much does it cost?” “I don’t know.” Roger got impatient with me at this point. He said, “Well, you’d better find out exactly what you want because that’s what we’re going to do in the class—get you the things you want. You can’t get anything if you don’t know what it is.” I said, “Oh! I’d better go shopping!”

Now, you need to understand that at this particular moment in my life, my business was going very well and I was making good money, but I thought that there was no way I could really afford to buy a Mercedes Benz. My belief was that those cars were driven by rich people and movie stars. Well, I wasn’t that rich and I certainly wasn’t a movie star, so I “just knew” I couldn’t have one. I had already looked at and was ready to buy another, medium-priced car.

As luck would have it, two days after this conversation with Roger, I went to a networking group and a woman who sold Mercedes Benz automobiles stood up and said that there was currently a special savings on car leases. I made an appointment to see her the next day. When I walked into the Mercedes showroom, there in the middle of the room, sparkling in the sunlight, was a beautiful metallic teal-green sedan with gold pin-striping. I was in love. Barbara came over to me and I told her, “I want this one.” She, good salesperson that she was, said, “You can have that one!” “Yeah, sure,” I said, disbelieving. “Show me the money.”

We proceeded to calculate the costs of this purchase. She gave me a great deal and it turned out not to be anywhere near as expensive as I thought. In fact, the monthly payments were only thirty-two dollars per month more than the other car I was going to buy. I thought about how many times I might have stopped myself from having things I wanted merely because of a mistaken belief. Goal getting is knowing what you want, investigating what it will take to have it, and then taking the action steps to have it. What often happens is that you get it a lot sooner than you expect.

I bought the car. I drove it home that day. And then I drove it to Roger Lane’s workshop that weekend! I told him I knew what color of car I wanted. He said, “Good. What color?”

I said, “Green. Want to see it?” And I took him to the parking lot and showed him.

Today’s Affirmation: “I am a money-making machine and I’m making a lot of it today!” 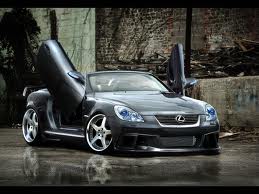 But I was more concerned with the monthly payment at the time, rather than the actual cost of the car. I think it turned out for the best, regardless of the money, because driving the Mercedes was like living an affirmation that I was rich and successful! It made me feel so good, and rich, and prosperous that I exuded that feeling throughout the day in my work and in my networking. I know it showed in my happy energy everywhere I went.

Years ago, when I was teaching my workshops in the conference room at my bookkeeping service business, a few students and I walked out to our cars together. One of them, a guy named Ron, said afterward that they watched me as I walked to my car. There were two cars parked in the direction I was walking – one was an old nondescript car and the other was my bright, shiny green Mercedes. He told me they were so glad to see me getting in the Mercedes! Since I was teaching them about making money and being successful, they wanted to see visible proof that I had the goods, see?

I remember another prosperity speaker and author I used to see at some of my networking meetings. He drove a 15-year-old car that had dents and needed painting. It just didn’t match his talk. Oops, which reminds me I’d better get that broken tail-light fixed on my Lexus SC 430…

Yeah, yeah, I know this is all outward appearance stuff, and so Hollywood and all that. But ya know, nice stuff is nice!